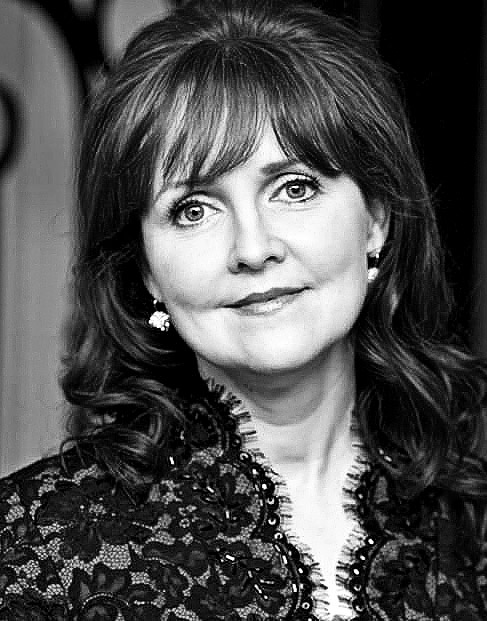 Robin Wolaver holds a Bachelor of Music degree in Vocal Performance from Oklahoma City University. She is an author/speaker/songwriter living in Nashville, Tennessee with her husband and fellow composer, Bill Wolaver, and their seven children.

Robin travels with her family in a group called the Annie Moses Band and her book, “The Song of Annie Moses,” published by Guideposts Books, chronicles the family’s story from the cotton fields of depression era Texas to the halls of the Juilliard School and on to world renown stages.

An award winning lyricist, Robin has been twice nominated for a Dove Award in both the Song of the Year and Best Children’s Musical categories. She has been awarded the honor of Gospel Song of the Year by the American Society of Composers, Authors, and Publishers, (ASCAP), as well as the Nashville Songwriters Association. Robin, in collaboration with her husband, Bill, has had numerous musicals and choral works published by foremost Christian publishers.

Because of her leadership in arts education, and her work developing extraordinary excellence in the musical skill of her family, Robin has become a leading voice on nurturing artistic success in children. She believes we are losing the battle for the hearts and minds of this generation primarily through the influence of the arts.

In order to counter this trend, Robin began the Annie Moses Foundation to equip parents and communities in raising up a new generation of young, highly-skilled musicians. Together with her family, she teaches at the Conservatory of Annie Moses and also directs an annual arts event, the “Annie Moses Summer Music Festival.” These are the flagship efforts of the Foundation and have helped groom hundreds of young people from across the United States and around the world to be confident performers and to achieve excellence in the arts for the glory of God.